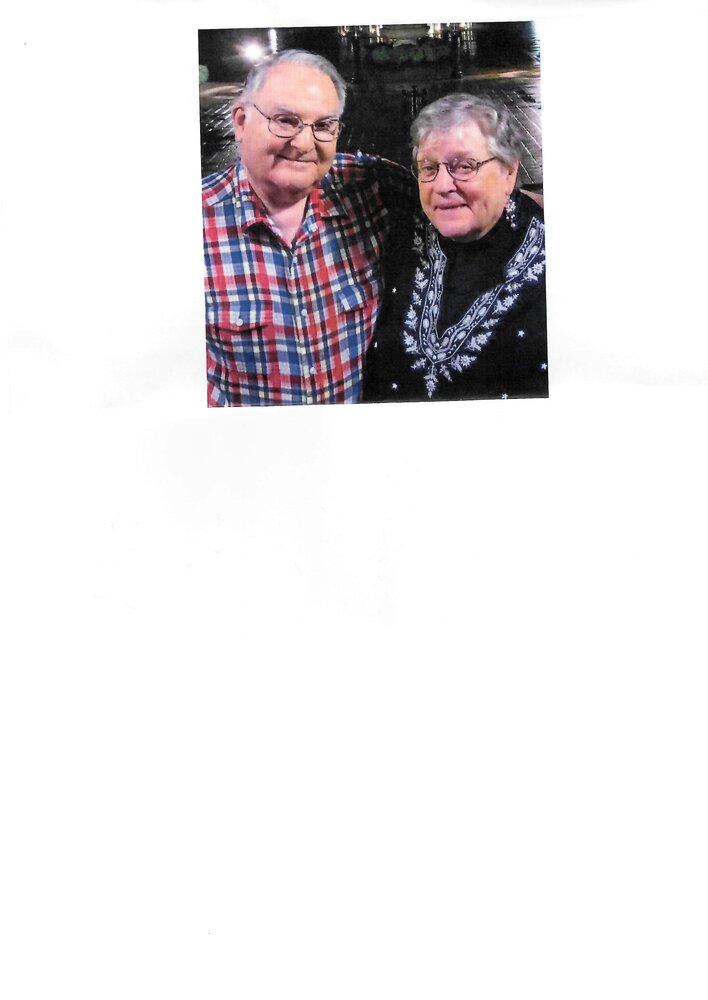 Please share a memory of Jeanne to include in a keepsake book for family and friends.
View Tribute Book
Jeanne Otillie (Packhiser)Walton, age 89, has joined her beloved husband, Fred in Heaven. She passed peacefully on August 11, 2022 at Vassar Hospital, in Poughkeepsie, NY after several years of poor health. Jeanne was born in Hollywood Calif. on February 9, 1933 to Lydia (Kroll) and Erwin Packhiser. The Packhiser's drove from Middletown, NY to Hollywood on a 1932 honeymoon trip, hoping to break into motion pictures. Erwin had appeared in several broadway productions as a singer. He also appeared in motion picture in NY. He was the owner of Packhiser's Cleaners and Dyers in Middletown, NY and gave himself a year to chase his dream. Although his stage connections provided access to the homes and studios of leading Hollywood figures, he decided to abandon his aspirations and return to Middletown in 1933 to run his business and raise a family. Jeanne, barely 3 months old, arrived in Middletown with almost 3000 road miles under her diaper, surviving an earthquake in California, dust storms in Arizona and flooding in Arkansas. Jeanne grew up in Middletown, NY splitting her leisure time between her grandparents homes. Her maternal grandparents owned a large farm in Chester, NY where she loved playing in the barns with her cousins and riding horses. Her paternal grandmother owned a home on Yankee Lake in Sullivan County, NY where she enjoyed boating, swimming and fishing. Her father was an avid sportsman and she sometimes accompanied him on hunting and fishing expeditions. Jeanne graduated from Middletown High School in 1951 where she was popular with her classmates and active in chorus, choir, national thespians, and dance. She was and accomplished ballerina. She attended Orange County Community College, where she served as a cheerleader and majorette. She graduated from the Mandl School for Medical Assistants in New York City in 1954 earning a degree as a Registered Clinical Secretary. Returning to Middletown, she worked for several doctors. Jeanne married Frederick S. Walton on June 1,1957 in Middletown. After their honeymoon to the Poconos, they resided in Tarrytown. They raised 5 children, living in Mahopac, NY and later returning to Middletown. Jeanne left the medical profession to become a homemaker. She shared her love of farming with her children raising chickens, ducks, rabbits, sheep and vegetables on a large suburban mini farm. Active as a 4H leader, she went on to work for Orange County Cooperative Extension helping to organize new 4H clubs. In 1981 Jeanne opened a craft store in Walden called Walton's Wee World selling craft supplies, crafts and gifts. A life- long Lutheran, Jeanne was active in her church, wherever she lived, but has been a member of the Trinity Lutheran Church in Walden for nearly half a century, moving to Walden in 1985 to be closer to her church family. She spent many holidays in the Trinity Lutheran Church kitchen preparing meals for the less fortunate while inspiring her children to become caring volunteers. As her children married and started families of the own, she took great delight in traveling around the country on extended visits. She loved dining out and shopping with her children and grandchildren when visiting. Jeanne was preceded in death by her parents, Lydia and Erwin Packhiser and her husband of 63 years, Frederick S. Walton. She is survived by her sister Diane(Dee) of Houston, Texas, her children: Mr. Frederick (Ruthann) Walton of Ocean Isle Beach NC; Mrs. Desiree Lonsway (Phil) of Houston, TX; Rev. Dr. Gregory Walton (Edith) of Orlando, FL; Mrs. Melissa Ochs (Michael) of Wallkill, NY and Mr. Stacey Concors (Bruce) of Walden NY. She was also a proud grandmother of 5 grandchildren, Alex, Tim, Parker, Erika, And Chloe and 5 great grandchildren. A memorial service will be held a a future date.
To plant a beautiful memorial tree in memory of Jeanne Walton, please visit our Tree Store

A Memorial Tree was planted for Jeanne
We are deeply sorry for your loss ~ the staff at Gridley-Horan Funeral Home, Inc.
Join in honoring their life - plant a memorial tree
Online Memory & Photo Sharing Event
Online Event
About this Event

Share Your Memory of
Jeanne
Upload Your Memory View All Memories
Be the first to upload a memory!
Share A Memory
Plant a Tree