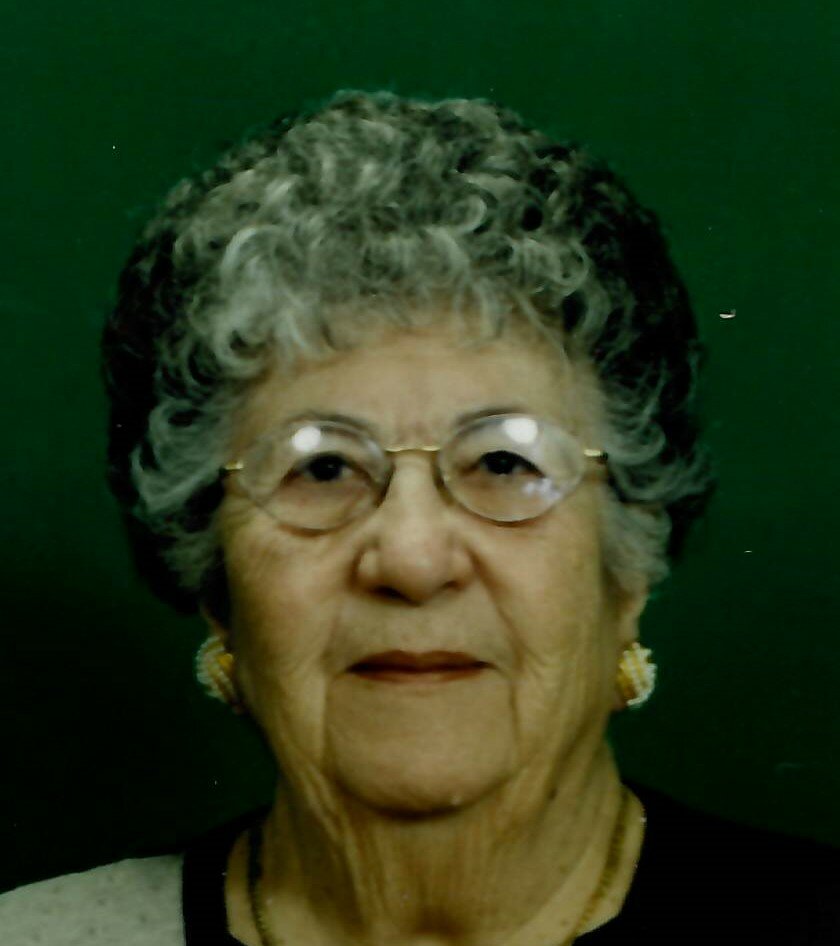 Please share a memory of Anita to include in a keepsake book for family and friends.
View Tribute Book
Anita Viani Calta Grecco of Coldenham, NY passed away at Montgomery Nursing Home on April 4, 2022. The daughter of Salvatore and Carmella Viani, she was born on January 14 1923 in Staten Island, NY. She was 99 years old. She was the widow of Philip Greco. Anita attended St. Joseph Academy in Staten Island, NY, and graduated from McKee Vocational High School as a seamstress. She then worked in the garment industry in New York City. A Coldenham resident since 1950, she continued working the garment industry in Newburgh and Walden. She owned the Adrian Dress & Bridal Shop, Newburgh, NY. Anita had two children, Gary Calta (Mary Ellen), who predeased her and Diane Calta Amundsen. She also had a brother, Eugene Viani. Anita married Philip Grecco in 1964 acquiring four stepchildren, Daniel, Robert and Gayle Grecco, who are all deceased, and Mary Ella Cabello. Her grandchildren include, Deana (Garrett) Bilyou, Scott and John Calta, Richard, John Paul and Dino Cabello; great grandchildren, Jeremy Patmore, Mary, Sara and Jacob Calta, and Alyson and Garrison Calta; several nieces and nephews. Anita was a very active volunteer, serving at President of the Coldenham Mothers’ Club. She was also a member of the Montgomery Republican Club and the Historic Newburgh Assoc., where she was named Woman of the Year. She was employed by the Census Bureau for Orange County and as Tax Collector for the Town of Montgomery. Anita was a member of the Coldenham Fire Dept. Ladies Auxiliary and became the first woman Fire Commissioner in Orange County. She also served as President of the Fire District Assoc. of Orange County. At the time of the East Coldenhan Elementary School disaster, Anita served on the committee distributing funds that had been donated. A visitation will be held from 4-8 PM on Thursday, April 7th at the Gridley-Horan Funeral Home, 39 Orchard St., Walden, NY. Funeral services will be at 11 AM on Friday, April 8th at the funeral home. Burial will be in the Wallkill Valley Cemetery, Walden. In lieu of flowers, memorial donations may be made to the Coldenham Fire Dept. and Ladies Auxiliary.
To plant a beautiful memorial tree in memory of Anita Grecco, please visit our Tree Store
Thursday
7
April

Share Your Memory of
Anita
Upload Your Memory View All Memories
Be the first to upload a memory!
Share A Memory
Plant a Tree