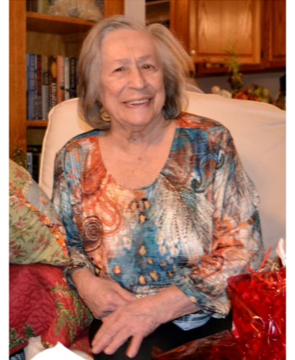 Please share a memory of Diana to include in a keepsake book for family and friends.
View Tribute Book
Diana Urbanski, of Walden NY passed away at Northern Metroplitan Nursing Home in Monsey, NY on June 13, 2021. She was 105 years old. Diana was born on December 24, 1915 in Bronx, NY to the late Guiseppe and Mary Giannantonio Metrando. She was raised in Poughkeepsie, NY where she attended St. Mary’s Catholic School. She married and settled down in Astoria, Queens where she and her husband had four children. Diana worked hard all her life starting out working in factories and then she and her husband opened a bar and grill in Greenpoint, Brooklyn. She then opened a business in Jackson Heights Queens called Flo’s and Diana’s Pizzeria and Ristorante. She enjoyed working in her business where she was known as a talented Italian cook. She and her children moved from Queens, NYC to her hometown in Poughkeepsie, NY where she bought her first home. She enjoyed planting vegetables, fruits and flowers. She would can her produce. She would turn the ground, plant, weed and harvest all which she enjoyed immensely. You would find her well into her nineties with a chainsaw in hand trimming branches on her trees. Diana volunteered for a number of years at St. Mary's Church in Poughkeepsie, where she used her culinary skills cooking for the annual church fair. Diana is survived by her daughters; Shirley Anne DeWitt of Walden and Jean Marie Passerino and Nicholas of New Windsor; sister, Suzanne Campbell of Poughkeepsie; grandchildren Diana (Mark), Nicholas (Amy), James, Kimberly (Steven), Jacklyn (Jesse) and Michael(Danielle); great grandchildren, Amanda, Sydney, Andrew, Zoey, Hudson, Duke, Raegan and Payton; several nieces and nephews. She was predeceased by her sons Raymond P. Faust, James F. Faust and ten siblings, Michael, Gomiel, Dominic, Andrew, James, Rocco, Angelo, Francis, Mary and Margaret and 35 nieces and nephews. Memorial contributions may be made to St. Jude’s Children’s Research Hospital. Visitation will be held on Friday June 18, 2021 from 12-1PM at the Gridley-Horan Funeral Home 39 Orchard St. Walden, NY 12586. Services will follow at 1PM at the funeral home. Burial to follow at Fishkill Rural Cemetery. Arrangements are entrusted to the Gridley-Horan Funeral Home, Inc. 39 Orchard St. Walden, NY 12586 gridleyhoran@gmail.com (845) 778-3811.
To plant a beautiful memorial tree in memory of Diana Urbanski, please visit our Tree Store
Friday
18
June

Share Your Memory of
Diana
Upload Your Memory View All Memories
Be the first to upload a memory!
Share A Memory
Plant a Tree