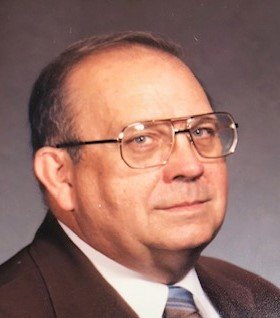 Please share a memory of Stanley to include in a keepsake book for family and friends.
View Tribute Book
“To live in Christ, to die is Gain” Stanley C. “Stan” Davie Jr. was born on March 12, 1935 in Middletown, NY as the elder son of Stanley C. Davie Sr. and Ines E. McClurg. He passed away on December 22, 2020 at the age of 85. After beginning kindergarten in Spring Valley, NY, the family moved back to Orange County where he attended South Hill School, a one-room school outside of Cornwall through the fifth grade. He then continued his education at Cornwall High School (Willow Avenue), graduating in 1952. Very active in sports, Stan played basketball, baseball, tennis, soccer and football while at Cornwall. In his senior year, he was a member of Cornwall’s first football team. Following graduation, Stan earned both his B.A. and M.A. at the State University in Albany where he majored in Social Studies. He later earned additional credits from the State University at New Paltz. While at Albany, Stan was again active in sports, playing two years of Junior Varsity Basketball as well as playing on a variety of fraternity teams. He also was a member of Inter Varsity Christian Fellowship (IVCF). It was through a capital district IVCF weekend that he met Barbara B. Randall who became his wife on June 8, 1957. Together they were to give birth to four children; Deborah (Alberg), Ruth (Barry), Kevin (now deceased) and Keith. Stan served in the United States Army from 1959-1961 before commencing his teaching career at the Valley Central School District in Montgomery. In addition to teaching Social Studies at Valley Central until his retirement in June 1996, he coached tennis, J.V. baseball, J.V. soccer and varsity soccer. In 1964, he became the treasurer of the Valley Central Federal Credit Union, a position that he held until December 2008 when the credit union merged with the Hudson Heritage Federal Credit Union. Stan continued to work for Hudson Heritage in a liaison position until finally retiring in November, 2012. Stan was a long-time member of Leptondale Bible Church where he served as Elder, Sunday School Teacher and member of the Missions Committee. He also served as the first chairman of Leptondale Christian Academy. In 1984, Stan and Barbara became members of The Gideons International and were active on both state and local levels. Stan was predeceased by his father, his mother, his brother, Gerald and his son, Kevin. He is survived by Barbara, his wife of 63 years; his daughter, Deborah and her husband, Edward Alberg; his daughter, Ruth and her husband, Kevin Barry; his son, Keith and his wife, Karen; grandchildren, Sarah (Alberg) and her husband, Vinnie Cavazza, Jessica Alberg, Shannon (Barry) and partner, Charles Miller, Brian Barry, Stephanie Barry, Alyssa Barry, Nathaniel, Ethan and Matthew Davie; great-grandchildren, Avery Ines Stella, Whitney Grace Cavazza, Noah Joseph Cavazza, Cole & Caroline Barry; nieces and nephews. Memorial contributions may be made in Stan’s memory to The Gideons International, PO Box 655, Walden, NY 12586 or to Leptondale Bible Church, 1771 Rte. 300, Newburgh, NY 12550. Memorial services will be held at a later date.
To plant a beautiful memorial tree in memory of Stanley Davie Jr., please visit our Tree Store

A Memorial Tree was planted for Stanley
We are deeply sorry for your loss ~ the staff at Gridley-Horan Funeral Home, Inc.
Join in honoring their life - plant a memorial tree
Online Memory & Photo Sharing Event
Online Event
About this Event

Share Your Memory of
Stanley
Upload Your Memory View All Memories
Be the first to upload a memory!
Share A Memory
Plant a Tree