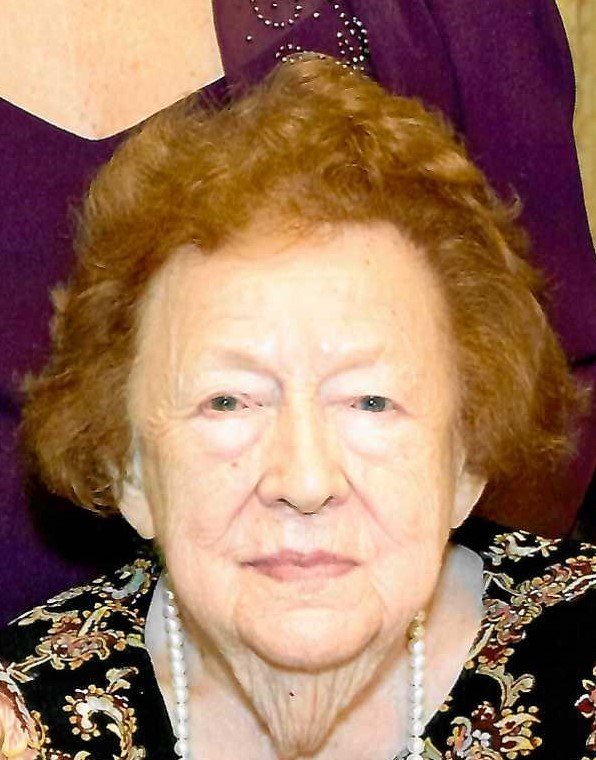 Please share a memory of Anna Ilene to include in a keepsake book for family and friends.
View Tribute Book
Ilene Siegman passed away peacefully at the Kaplan Family Hospice Residence on October 30, 2020. Ilene was born on November 21, 1917, in Newburgh to David and Jennie (Waring) Patton. When Ilene was just 13 months old, her mother died in the Spanish Flu pandemic. Ilene was raised by her paternal grandparents David and Mary Patton on the family farm near Orange Lake. Ilene graduated from Newburgh Free Academy and began work as a dental assistant. She married Harry V. Archer Jr., June of 1941. They had a daughter Suzanne. Harry served in the Army and was killed in action in April 1945 during the final push into Germany. During the war, she moved back to the family farm where she lived for much of the rest of her life. Ilene married William Siegman in 1951. They had two sons, Donald and Kenneth. After raising her family, she returned to work as a dental assistant for Dr. Gerald Hecht in Vail's Gate. Bill passed away in 1988 just as they were beginning to enjoy retirement. Ilene never lost her positive spirt and continued to have a full life including many wonderful trips with her dear friend Ginny Mennerich. Ilene was a life-time member of Gardnertown United Methodist Church and a member of American Legion Auxiliary 1420. Ilene treasured her family and friends and maintained beloved relationships throughout her long life. Graced with the gift of hospitality, she was happiest hosting countless gatherings of family and friends in her home. Ilene always said, “I have lived a wonderful life,” and will be remembered for her graciousness and warmth. Ilene is survived by her daughter Suzanne Dawes and husband Louis of New Windsor; son Donald Siegman of Esopus, NY; son Kenneth Siegman and his wife Sherry of Omaha, NE; grandchildren Katherine Dawes Fortunato and husband Lou of Apex, NC; Gregory Dawes and his wife Jodie of Lakeland, FL; Jami Gragert and husband Nick of Omaha, NE; Brian Siegman and wife Ashley of Omaha NE; Great grandchildren: Perter and Anna Fortunato; Christopher, Cooper and Phoebe Dawes; Brinly and Arie Gragert; Reagen, Nolan and William Siegman; sister Virginia Gross of Newburgh; brother-in-law A. William Archer and wife Carolyn of Lancaster, PA as well as several cousins, nieces and nephews. Memorial contributions may be made to the Greater Newburgh Symphony Orchestra, 211 Dupont Avenue, Newburgh, NY 12550. Ilene loved the symphony and was able to attend performances well past her 100th birthday. A memorial service will be held when the whole family can come together to celebrate Ilene’s wonderful life. The family extends heartfelt thanks to Paul Lockwood and the staff at the New Windsor Country Inn for their loving care of Ilene for the past eight years.
To plant a beautiful memorial tree in memory of Anna Ilene Archer Siegman, please visit our Tree Store

A Memorial Tree was planted for Anna Ilene
We are deeply sorry for your loss ~ the staff at Gridley-Horan Funeral Home, Inc.
Join in honoring their life - plant a memorial tree
Online Memory & Photo Sharing Event
Online Event
About this Event

Share Your Memory of
Anna Ilene
Upload Your Memory View All Memories
Be the first to upload a memory!
Share A Memory
Plant a Tree