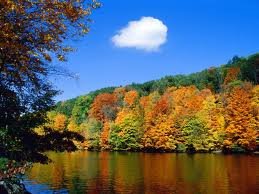 Please share a memory of Patricia to include in a keepsake book for family and friends.
View Tribute Book
Patricia Struble Hurst of Sun City, Florida, formerly of Montgomery, NY died in the care of Hospice in Sun City, Florida on October 18 after a 2 yr. battle with cancer. She was 74. She met her husand, High Hurst while both were working at children’s summer camps in the Adirondacks. Thus began a 52-year marriage starting in Fort Plain, Trumansburg, Ithaca and eventually landing in Montgomery, for over 30 years. In 2005 Pat and Hugh began wintering in Sun City Center, Florida. Their union produced four children: Thomas (Colleen) Hurst of St. Joseph, MI, Jeffery (Robin) Hurst of Bloomingburg, Karin (Brian) Skarka of Ballston Spa, and Christopher (Carrie) Hurst of children and one great-granddaughter and by sisters, Eileen Cole of Amityville, NY and Amelia Goldacker of Roanaoke, VA. Pat taught for 25 years in the Valley Central School District as an elementary reading specialist. Memorial Wake was held at Gridley-Horan Funeral Home in Walden, NY on Thursday, November 15 from 5-8 p.m. A celebration of life mass and reception will be held at St. Paul’s Catholic Church in Bullville, NY on Friday, November 16 at 10 a.m.
To plant a beautiful memorial tree in memory of Patricia Hurst, please visit our Tree Store

A Memorial Tree was planted for Patricia
We are deeply sorry for your loss ~ the staff at Gridley-Horan Funeral Home, Inc.
Join in honoring their life - plant a memorial tree
Online Memory & Photo Sharing Event
Online Event
About this Event

Share Your Memory of
Patricia
Upload Your Memory View All Memories
Be the first to upload a memory!
Share A Memory
Plant a Tree