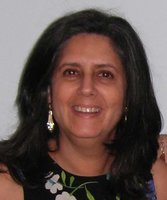 Robin Shelley Geiger of Middletown entered into eternal rest and peace on August 25, 2020 at home with her family at her bedside. She was 65 years old. Robin retired from teaching in 2013 and spent the majority of her retirement battling the unrelenting neurological ALS disease also known as Lou Gehrig’s disease. The daughter of Bernice and Harry Gottlieb, Robin was born on January 21, 1955 in New York City. Robin is survived by her loving husband of 35 years, William of Middletown. Her loves of her life: her daughter Alexandra Geiger Khanna and son-in-law, Kabir, of NY, NY and her daughter Jacqueline Guido and daughter-in-law, Renee, and their son Zeke, of New Paltz, NY. Robin’s brother, William Esbit and his wife Irma of Tustin, California. Her Brother-in-law and sister-in-law, Kevin and Sandy Geiger of Matamoras, PA. as well as by several cousins, nieces and nephews. Her two loving, furry children whom she shared many memories and activities with: her precious yellow lab, Blondie, and her mischievous golden retriever, Chance. Robin earned both her Bachelor’s and Master’s Degrees of Education from the State University of New Paltz. Robin was an outstanding teacher of English for 35 years at Middletown High School in the Enlarged City School District of Middletown, earning the honor of “New York State English Teacher of Excellence Award.” During her last five years in the district she served as the full-time Coordinator of the Teacher-Mentor Program. Robin also volunteered for countless high school and district committees that served to improve the educational quality of the students’ resources, programs, and instruction. Robin was also known for her unique ability to create, develop, teach, and instruct fellow colleagues on new course offerings for the English department, such as “Women in Literature” and “Literature of Horror.” Perhaps one of Robin’s biggest contributions to her profession during her long career was her ever-readiness to accept the next generation of English teachers. She took several student teachers under her wing, guiding them to become successful educators. Robin felt much satisfaction and pride knowing that the subject she loved was going to be well taken care of by the English teachers of the future and that she played a small part in that endeavor. She was also very instrumental in assisting after school activities and sports for the students of MHS. In her first few years of employment Robin served as Head Volleyball Coach developing a robust program for the young ladies of MHS. During her tenure she was also the advisor for several award winning extra-curricular activities which included the MHS newspaper, The Globe, and the yearbook, The Epilogue. Given Robin’s life-long love affair with all things theatrical, becoming the high school drama club advisor was a natural fit. She directed and co-directed several student plays and productions, as well as performing frequently in community theater. For several years Robin also was the faculty advisor leading the MHS chapter of the National Honor Society, which as a student she was inducted into at Newton H.S. in Queens, NY. In addition to serving the needs of high school students, Robin also served her fellow colleagues and community as Vice President of the Middletown Teachers Association for the last 10 years of her career. Needless to say, Robin was the consummate educator and role model for both her students and colleagues. Even though Robin was stricken a very progressive debilitating disease, she chose not only to fight ALS on a personal level, but to champion the cause of its awareness, raise funds for research, and help others similarly afflicted. She met with state and national representatives in both Albany and in Washington, DC to great effect and satisfaction. Robin also authored a monthly blog that offered support, advice, and perspective to the ALS community. Her tenacious work and advocacy in these areas led to Robin being named the Featured Honored Guest at the 24th Annual Lou Gehrig Sports Award Benefit and Dinner in November of 2018. Robin’s other varied interests included: preparing gourmet meals (she actually won Ready, Set, Cook, one of the earliest cooking competition shows to be featured on Food Network), camping with her family and pets, traveling, trips to the beach, volleyball, and playing competitive contract bridge with her friends and at various local and regional tournaments where Robin earned the rank of Master. Robin’s favorite words to live by: “A man’s reach should exceed his grasp.” -Robert Browning. She lived a full life, with service being its cornerstone, giving at every opportunity whether professional, personal, or family. Robin has left a void that will be unlikely to be filled, but her influence, character, and soul will live on with us forever. Visitation will be held from 11:00 am – 2:00 pm on Saturday the 29th, at Gridley-Horan Funeral Home, 39 Orchard St. Walden, New York. Due to current health and occupancy guidelines, a wait-time may apply and the wearing of facemasks is required. A graveside service will follow the visitation at the Reformed Brick Church Cemetery in Montgomery, New York. In lieu of flowers, donations to the Greater New York chapter of the ALS Association are gratefully accepted as acknowledgement of their unwavering support during the entirety of Robin’s journey.